Be A Lady Vending

BE A LADY VENDING

Only 2% of schoolgirls across Tanzania use disposable pads, and in rural areas, access to disposable pads is especially limited.1 Most girls in Tanzania’s rural primary and secondary schools instead use sanitary pads made from rags, raw cotton, and maize cobs. Although some have access to reusable pads, most rural schools lack the access to water needed to clean them during the day. To circumvent these problems, many girls opt to stay home from school during their menses. Menstrual hygiene management (MHM) is critical to a girl’s well-being, as poor MHM has been associated with increased absenteeism and an increased risk of contracting HIV/AIDS.2

Be A Lady study conducted at Chang’ombe Secondary School.

A 2014 study in East Africa revealed that many girls miss school due to limited access to sanitary pads, the embarrassment of leaks, and pain and discomfort from using rags for MHM.3 Validating the results of this study through their own focus groups and interviews, the Be A Lady (BELA) team surveyed 8 schools in the Kinindoni, Temeke, and Ilala districts. After the team asked students to share their experiences with MHM and to propose solutions for the challenges they face, it was revealed that both the accessibility and affordability of sanitary pads pose challenges to female students. Tackling this problem by providing individual sanitary pads for purchase in school restrooms, the BELA team hopes to make MHM easier for adolescent girls and young women in order to reduce school absenteeism due to menstruation.

Through observations, discussions, and focus groups, the Be A Lady Project settled on an automated sanitary pad dispenser as a viable solution to the MHM challenges faced by many schoolgirls. The project aims to improve the accessibility, availability and affordability of sanitary pads. The pilot sanitary pad dispensers are currently installed at Tambaza Secondary School in the Ilala district and Chang’ombe Secondary School in the Temeke District and dispense pads for a nominal fee (200-400 Tsh) in the privacy of a restroom. By providing individual sanitary pads for sale in a school setting, the BELA team addresses both accessibility and affordability. Schoolgirls who may not be able to purchase pads elsewhereor are unable to afford an entire package, now have the option to purchase individual sanitary pads.

The sanitary pad dispenser contains a GSM chip card that can relay information from the machine to a central database to provide real-time information on the dispenser, allowing the team to collect data on sales and to ensure that the machine is kept stocked.

The main outcome that the BELA team hopes to achieve is the introduction of automated sanitary pad dispensers in schools across Dar es Salaam – and eventually beyond – to help young girls stay in school and focus on their studies rather than managing their menstrual cycles. The team’s outreach has also revealed a high demand for these machines in university settings, especially on the University of Dar es Salaam campus

According to a poll of 200 students conducted by BELA in April 2018 at Tambaza Secondary School and Chang’ombe Secondary School, students reported that the sanitary pad dispenser positively impacted attendance. Girls at Tambaza High School and Chang’Ombe secondary school reported they were less likely to miss class because they knew the machines were there (68.9%, with the greatest effect for 12 to 17 year olds (97.9%)). By the end of March 2018, a total of 420 students had used the dispensers across the two schools. BELA plans to compare data on school attendance prior to and after the implementation of the sanitary pad dispensers in order to assess the dispensers’ impact on attendance.

The BELA team has received much support and recognition for their efforts in expanding access to sanitary pads. In the summer of 2018, the team was selected for a competitive Novartis Youth Entrepreneurs in Health Initiatives sponsorship as well as Sauti Ya Binti a program funded by the US Embassy of Tanzania which brought together a team of Tanzanian Businesswomen dedicated to providing affordable menstrual products to Tanzanian women.

As of November 2019, 5 vending machines have been installed; 2 of them through the efforts of DLI at Tambaza and Chang’ombe schools, while the other 3 are through the support of the U.S embassy which facilitated installation at Mikocheni, Tungi and Jangwani Secondary Schools. Through the usage of the sanitary pad dispensers a total of 604 pieces of sanitary pads have been used. Bela Vendor is reported to be used by approximately 350 students and 10 teachers across the 5 schools.

Through a partnership with the University of Dar es Salaam BELA was able to design and manufacture new Tanzanian produced dispensers which were installed in Manzese, Jangwani Mikocheni and Tungi in March 2019.

In April 2019, Bela was contacted by Stichting Nederlandse Vrijwilligers (SNV Netherlands Development Organization), who are interested in subsidizing purchase and deployment of the Bela machines to more schools in conjunction with MHM education efforts.

Proposed scale-up involves an increase in the geographical area covered by BELA to include Bagamoyo, Kibaha, Morogoro, and Tanga. This expansion will increase the availability of sanitary pads in schools in these areas and will augment BELA’s data collection efforts. 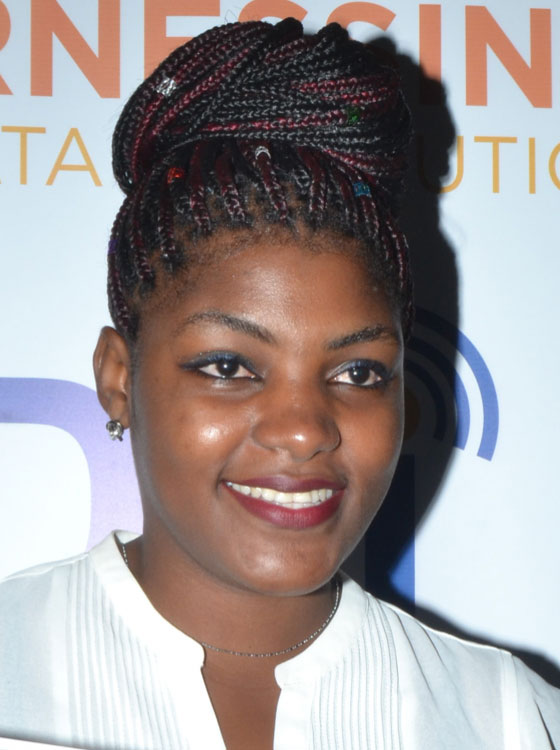 The Be A Lady team is composed of five members, including the team leader Lulu Ameir, a project coordinator, a technician, and two data collectors. The Be A Lady Project received a grant from the Data for Local Impact Innovation Challenge (DLIIC) in the amount of $25,000 in March 2017 as well as mentorship for the project. Tanzania Data Lab (dLab) is sustaining the good work performed by DLI project to further engage, support, and connect Tanzanian innovators, developers, and solution providers to each other and to opportunities to make a difference in people’s lives. To learn more, visit https://dlab.or.tz/.