C-Sema s a national organization focused on providing social welfare services to children in Tanzania. Their mission is to ensure that parents are informed about their roles and responsibilities, children are free to express themselves, and communities actively support the growth and development of all children. In pursuit of that mission, C-Sema works directly with children as well as with parents, communities, and local government in order to provide child protection and care services. As part of its services, C-Sema is currently managing the National Child Helpline in collaboration with the Government of Tanzania. The National Child Helpline service is provided through a toll-free number (116) available across all networks in Tanzania. Witnesses to Violence, Abuse, Neglect, and Exploitation (VANE) against children are able to make a report through the Helpline, where they are connected to C-Sema counselors who evaluate cases as they are reported and provide advice to the caller, forward the incident to appropriate government agencies, or assign specialized C-Sema staff to follow up. The calls are recorded in a decentralized standalone system, which the organization shares with the government to highlight challenges and lessons learned in the provision of child services.

The toll-free nature of the National Helpline means that not all calls are actual reports of VANE. Some are prank calls; some are disconnected before the caller speaks; and some are abusive calls aimed at counselors. Such calls utilize C-Sema resources in ways not intended or suited to proper monitoring and analysis, a situation that prevents the counselors – especially newly hired ones – and the system from operating at their optimal level.

While it is not possible to block non-legitimate calls at the network level, C-Sema wants to use the data to understand which counselors are more adept at handling these calls. This can help C-Sema formalize a strategy for addressing non-legitimate calls that can be disseminated to those counselors who don’t do as well. While the merits of this analysis are clear, C-Sema lacked personnel with the analytical skills and requisite tools necessary to analyze and visualize their data. Consequently, it was difficult for C-Sema to perform evidence-based analysis of Helpline performance and link that performance to the organization’s programmatic targets.

Supported by the dLab, C-Sema is engaged in data analysis leading to visualizations that will serve as decision support tools linked to the Helpline. The aim is to analyze disaggregated data to obtain a high-level understanding of their counselors’ and, by extension, their system’s performance, especially the burden that is placed on both counselors and the Helpline by non-legitimate calls.

This alarming allocation of resources, both counselor time and phone lines in use, to non-legitimate calls underscores the relevance of this sort of data analysis and highlights the importance of understanding which counselors handle non-legitimate calls most efficiently so that the strategies that those counselors already employ can be shared across the organization as best practices. Indeed, this kind of individual-level breakdown is already underway. While C-Sema already tracks a number of data points for each incoming call, the dLab team has identified and advised on data gaps that C-Sema could fill in the future in order to allow for more robust, detailed, and informative analyses and further optimization of their Helpline. For example, maintaining a consistent counselor ID encoding system would ensure that C-Sema could track counselor performance from year to year and would enable the organization to determine whether variables like counselor experience level played a role in how efficiently non-legitimate calls were handled. 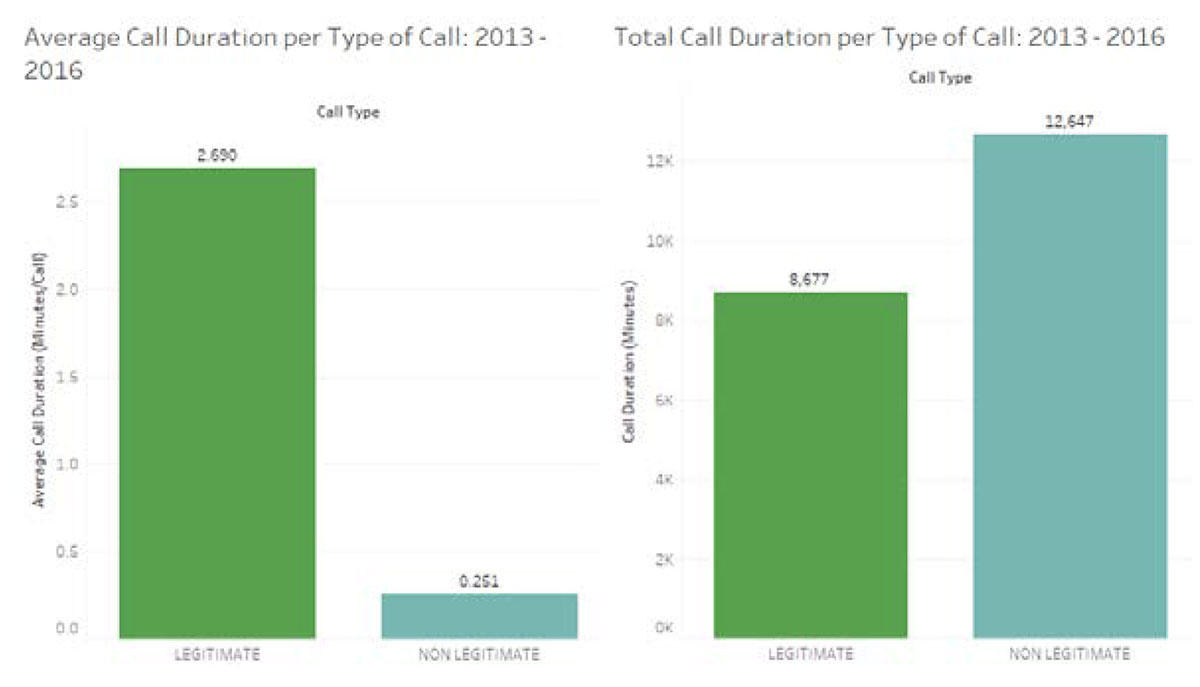 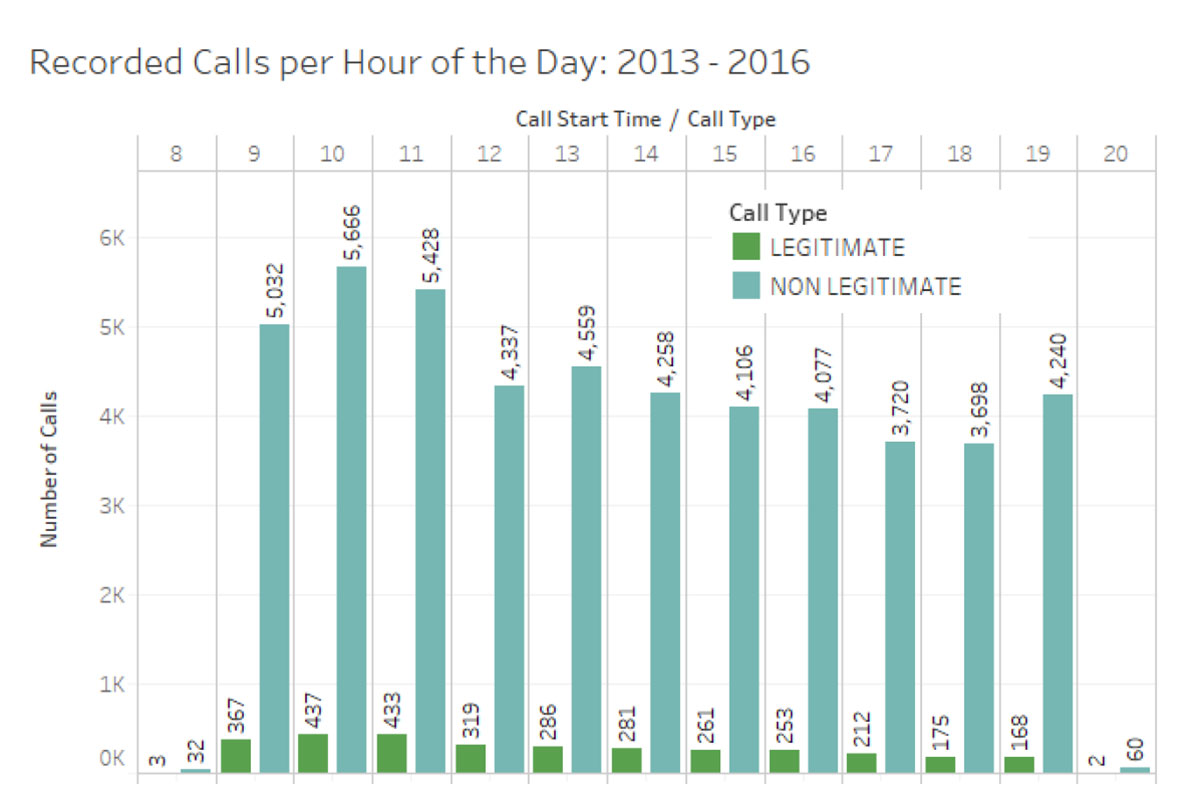 Peak call volumes for non-legitimate calls coincided with those for legitimate calls, taxing limited resources when they were already in high demand.

As a result of this collaboration with the dLab, C-Sema will be able to

Using data to derive organizational best practices and augment the data collection strategy to inform future decisions will only serve to make C-Sema a more effective advocate for children. 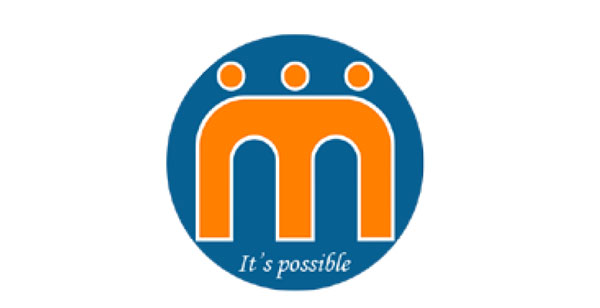 C-SEMA implements a National Helpline service as part of its child protection program in the Tanzanian Mainland and Zanzibar. Visit them at www.sematanzania.org, on Twitter at: @sematanzania, and on Facebook at Sematanzania.

Tanzania Data Lab (dLab) is a national data hub that promotes data innovations, literacy, data use and multi-stakeholder data collaborators. The dLab is promoting innovation and data literacy through a premier center of excellence. http://www.dlab.or.tz