In Tanzanian communities most affected by HIV/AIDS, graffiti artists visualize data in public spaces to connect people to evidence and support services.

A series of community meetups conducted by Data Zetu in 2017 convened hundreds of residents in wards across Tanzania who prioritized drug abuse and teen pregnancy as major community challenges. These issues play a big part in the HIV/AIDS prevalence, and sexual/reproductive health (SRH) in general, that makes Temeke District a PEPFAR DREAMS priority district. 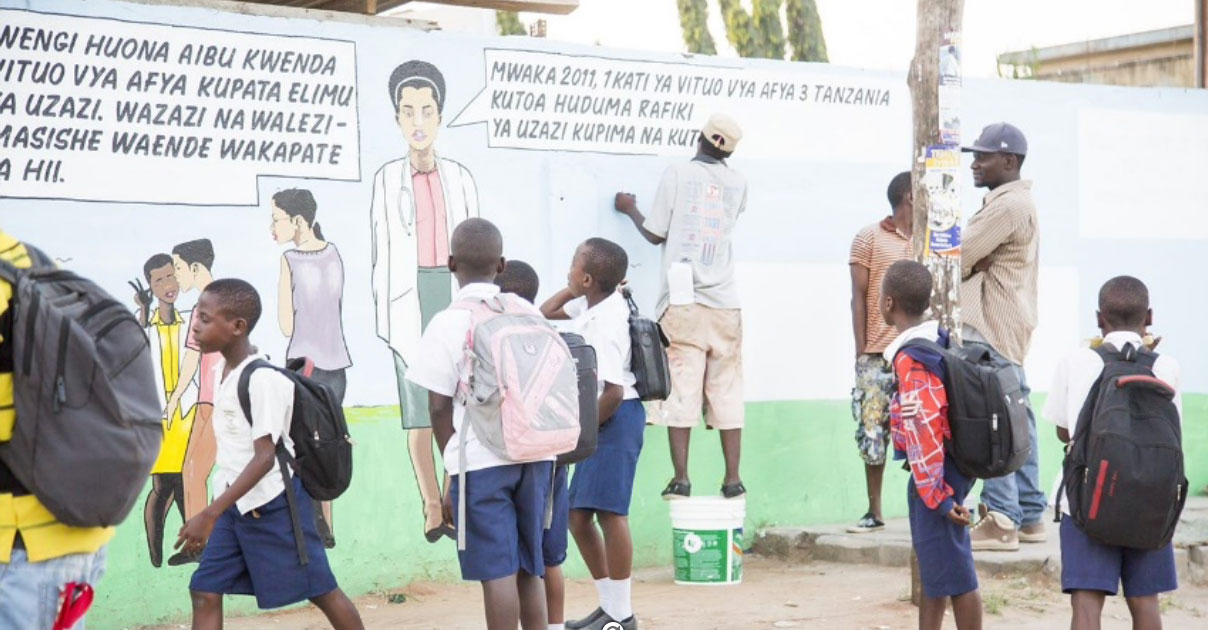 Young schoolboys read data explaining that half of Tanzanian women under 18 years old have no contraceptive education.
Photo: TBI.

WACHATA Crew is a one of the most popular graffiti groups in Dar es Salaam. For over a decade, they have explored ways to affect positive change in the community. Although they have previously done graffiti work in places that drug users frequent, they have been unable to measure the impact of these efforts or to optimize their messaging. Meanwhile, advocacy organizations struggle to find effective ways to communicate messages to urban Tanzanians.

To test ways that data could help amplify their message to Tanzanians, WACHATA produced data-based murals aimed at giving Tanzanians a deeper understanding of drug abuse and teen pregnancy challenges in their community. These murals are situated in high-visibility areas like bus stations, portray data about the nature of the issue, and provide contact information for local resources, such as a helpline hosted by the Tanzania Network of People who Use Drugs (TANPUD) or TAYOA, a youth alliance organization.

A wall mural in Temeke District contrasts a drug-riddled city in despair (left side) against a drug-free Tanzania. Text embedded in the mural shows data about the extent of drug abuse in the area, as well as contact information for TANPUD, a community support organization for people who use drugs.
Photo Credit: TBI production team.

This mural development process began by understanding the community priorities in Temeke through a series of Listening Campaigns (LCs), which elevated drug abuse as a major challenge in a ward near Buza ward, and teen pregnancy as a priority issue in Mbagala ward. With the murals’ themes chosen, WACHATA Crew received training from TBI about artistic data visualization. The group explored data, such as a report by the Office of the Commissioner of Drugs Tanzania, and used this data and the community concerns to design the murals. The “drug abuse” mural was unveiled in May 2018, with the “teen pregnancy” one following soon after (both are in Temeke District, although two more—about HIV/AIDS and cholera—were also produced in Mbeya and Kyela districts where those issues were prioritized by LC participants).

In addition to sharing data on the murals, the team added a link to Hurumap, a digital tool that makes health data accessible. PEPFAR statistics are included in Hurumap, enabling users to layer PEPFAR data over datasets like population and facilities.

To kickstart the drug abuse mural’s launch, the TBI team hosted a public concert in collaboration with a Temeke-based hip-hop group KINASA, whose artists produced and performed a data-informed song about drug abuse. This concert drew the attention of 100 Temeke residents and was preceded by a round-table with 20 people who use drugs. The song, as well as others about different LC priority issues, aired on national television channels reaching an estimated 2 million people. 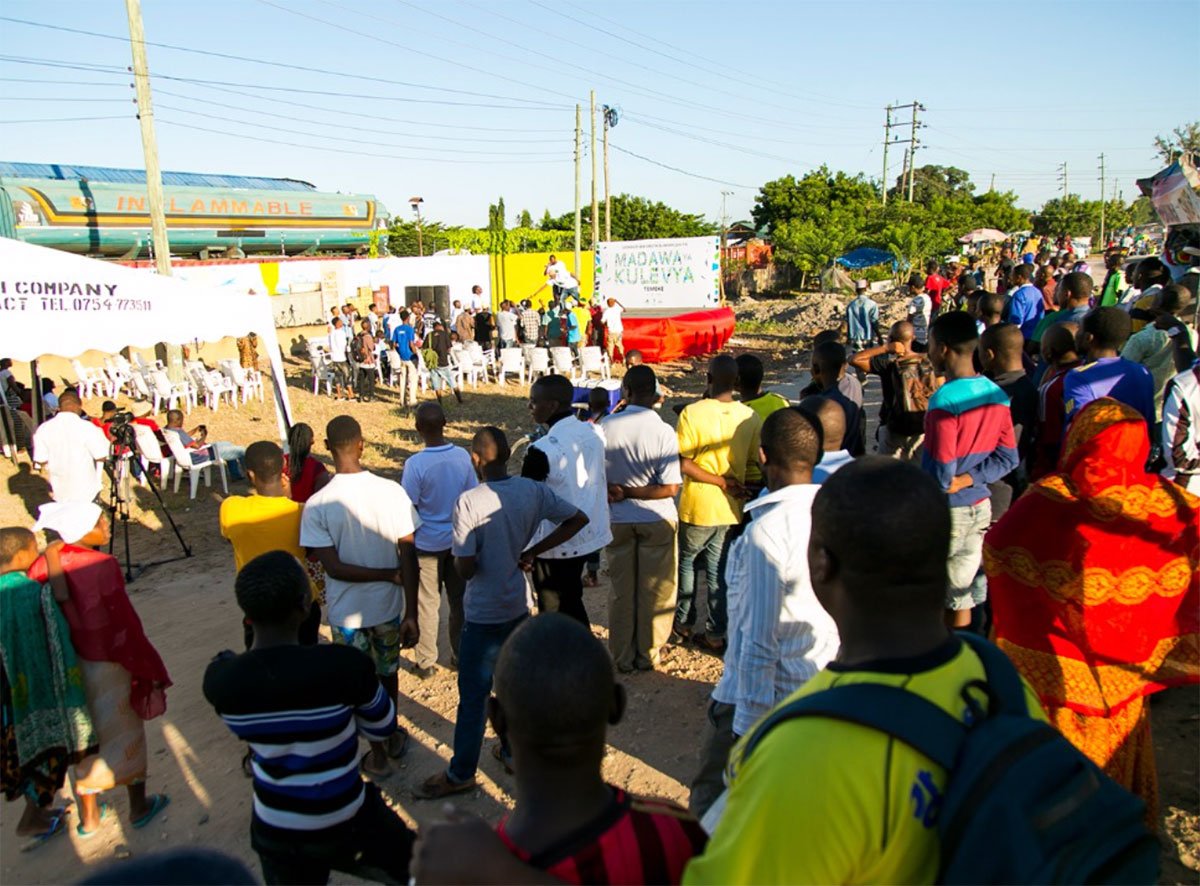 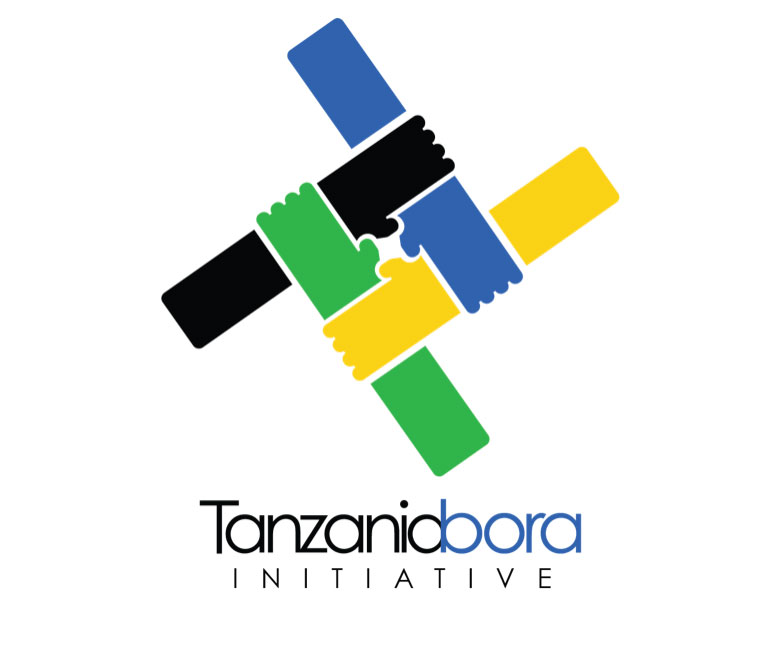 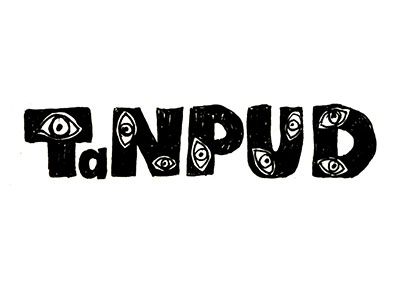 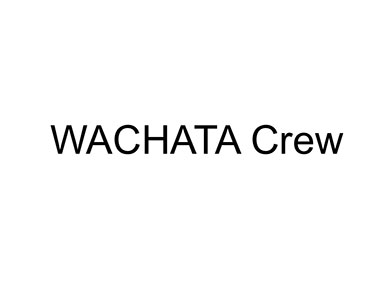